As an Asian American growing up in Alaska, Juliana Hu Pegues was often told stories of Asian immigrants, by family and friends, even teachers, that never made it into the history books about her home state.

“Something I felt as a young person, but became more politically aware of as an adult, was the historical and ongoing colonial dispossession of Alaska Native peoples and lands,” said Hu Pegues, associate professor in the Department of Literatures in English in the College of Arts and Sciences. 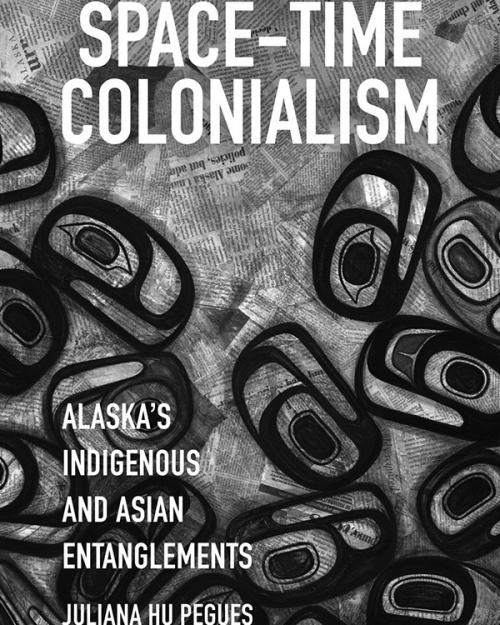 “I knew that I couldn’t tell a story of Asian American exploitation and exclusion in Alaska without taking into account and examining multiple yet different experiences of oppression (and possible affinities),” she said. “Now that I’m on the other side of the process, I can see that this book is my attempt at making sense of hometown violences, even and especially if I’m implicated in these structures.”

Hu Pegues will discuss the book Sept. 24 at 12:25 p.m. at Goldwin Smith Hall, G64, as part of the American Indian and Indigenous Studies Program.

She spoke with the Chronicle about the book.

Question: One of the ideas your book explores is that Indigenous Alaskans are seen as being “out of time” and Asian migrants and settlers as “out of place” in the colonialist narratives of Alaska. Why have the connections between these two groups been neglected for long?

Answer: My short answer? White supremacy. To elaborate, histories of Alaska, as with most U.S. history, are premised on a heroic, often but not always white and male heroism, that valorizes a progressive if lamentable domination over people and nature, with settlement as an end goal. Certainly, in Alaska with its extractive economies (gold, lumber, salmon and now oil), this narrative of conquest and inevitability prevails. Indigenous peoples and racialized immigrants, if they are considered at all, are usually sidenotes or sidekicks, and centering a story without a white hero at the center is all the more difficult.

Q. Your book straddles Asian American studies and Native and Indigenous studies. What are the challenges with bridging the gaps between disciplines?

A. In Asian American studies and Native and Indigenous studies, often and understandably, there is focus on dominant power structures. But what about a story, or stories, across difference, not looking at power vertically but entanglements that operate more horizontally? Said again, what would a history of Alaska look like that isn’t mediated through whiteness? In trying to answer these questions through such a lens, I found it necessary to respect the intellectual autonomy and political imperatives of both Asian American studies and Native and Indigenous studies. This meant trying to speak across both fields and multiple audiences, as the two fields have very different conversations around issues such as colonialism, race, identity and nationalism.

Q. You focus on four key historical periods in U.S.-Alaskan history. What about these eras and events can be applied to contemporary Alaska, and more broadly, the U.S. today?

A. When I first started researching and writing this book, I considered Alaska to be an exceptional case to look at. But, as my project developed, I came to understand Alaska not to be exceptional, but perhaps exemplary of the U.S. settler colonial project, that relationships between Indigenous peoples and racialized immigrants, as well as the concealment of those connections, are an integral and dynamic means of accounting for both the land and labor necessary yet elided in the making of the nation.

Q. In the book’s introduction, you mention that “space-time colonialism” is a play on “space-time continuum” and a conceptual nod to science fiction. How did you hit upon this as an organizing theme? What was the appeal of using a “sci-fi” lens?

A. For this, I have to give credit to the poet and artist Christy NaMee Eriksen, who also happens to live in my hometown of Juneau, Alaska. I’m notoriously bad at titles and Christy generously helped me to brainstorm possibilities. We came up with the idea of “space-time colonialism” together, and I immediately loved the word play and nerdiness of it. Having this concept for the title helped me to think further about Alaska, particularly its nickname the “Last Frontier” as always speculative, simultaneously nostalgia and expansion.

Q. What can you tell us about Native and Asian communities in Alaska and their efforts to push back against imperial and colonial narratives?

A. Even though it was important to study how settler colonialism affected Alaska Native peoples and Asian American immigrants differently, I knew this was not enough. Just as important, or even more so, are the ways that Native and Asian people and communities have told their own stories – through oral narratives; in poetry, prose and memoir; through photographs; in their politics; and in everyday encounters. When a Japanese immigrant photographer records a meeting of the first Alaska Native organization, or when a Tlingit author details Filipinx and Japanese neighbors and co-workers, these moments exceed settler colonial parameters to evoke alternative modes of meaning and belonging.

Q. What was the most surprising thing you learned in the course of your research?

A. I always knew that there were stories to be found outside of official histories and archives, and I suspected that Alaska Native communities would hold knowledge of Asian American immigrants in the past. It was simply that no one had ever asked. What I didn’t expect was the depth of this knowledge, in oral histories, conversations, in literature and in art.

Two stunning examples come to mind. During World War II, one village kept hidden the mixed-heritage ancestry of a Japanese and Alaska Native family, keeping them from being sent to a Japanese American incarceration camp. In another example, a story passed down from the 1880s suggests that Tlingit tribal members aided and protected Chinese miners that were being driven out by a white mob. These stories underscore the importance of Indigenous knowledge for Asian American studies and, more capaciously, for relational approaches within ethnic studies.

Read this story in The Cornell Chronicle.