When I was asked the question--where is the human in climate change? -- all I could think of was: everywhere. Human fingerprints are everywhere.  We are responsible for the climate chaos we’re experiencing, and we have to work our way out of it.

In our everyday lives, though, it is really hard to think proactively about how we can meet the challenge of climate change.  Many of us worry instead about feeding and educating our children; we face daily struggles with poverty, with sexism, or racism; around the world we know people are experiencing the horrors of violence and war. The time horizons of climate change feel distant, eons away from everyday life.

My work as a planner sits at this juncture of everyday lived experience and the need to adapt and change in the face of environmental and economic upheaval.  We need to build resilient communities that can survive unknown climate-induced changes and displacement from long held livelihoods in forests, in fields and in factories.

Let me tell you the story of Happy Valley in a small town in the Nilgiris Hills of southern India. About five decades ago, a working poor, migrant lower-caste community moved into this valley where wealthy people owned tea plantations. The wealthy drew water from wells, while the poor drew on the stream that ran across the valley floor. Until the 1970s, there was a small patch of indigenous montane forest on one side of the valley where the headland of the spring was located, and there were wetlands along the stream that provided water cleansing and flood control.

By the early 2000s, though, the forest had been stripped for cooking and heating fuel. Pesticides and fertilizers from nearby plantations continued to leach into the soil and into the water. And changing consumption patterns were leading to increased waste, including plastics that clogged the stream. Some of the houses were built on government land, and many of the houses had no toilets, so open defecation was taking place on the hillsides and the forest patch.
The Nilgiris began to see frequent shifts in monsoonal patterns and reduced rainfall, a pattern linked to climate change. The stream began to dry up and water scarcity hit Happy Valley.

So what happened?  People working at a local NGO, the Keystone Foundation, who consider Happy Valley as home, started a native species reforestation program with their neighbors. They worked with community members to build toilets and to clear the stream of waste.  They also worked with donors, churches and local government officials, to start processes to monitor stream and forest health. Painstakingly, they re-established a one acre patch of native forest that is now flourishing, and the spring has begun to flow faster than others in the area even during longstanding droughts. Many of the homes now have small toilets that are built with the help of government and donor funds, and there’s less fecal bacteria in the stream. Cleaner drinking water results in reduced incidences of illness, especially amongst young children in the area.  The project has become a space for environmental education for local school children, and for students at the Nilgiris Field Learning Center, a collaboration between Keystone Foundation and Cornell University.

The story of Happy Valley is a small but powerful example of what planning with our neighbors can achieve. It is a snapshot of planning in action at the local level, a story that chronicles how community elders, an NGO and the local government together help build resilience in the face of continued drought. (So my collaborators and I consider the story of Happy Valley as one of slow conservation, small actions taken at the interstices of ecology, health, water and waste; actions that helped make everyday life for the residents a little better, a little healthier, a little more just and beautiful. 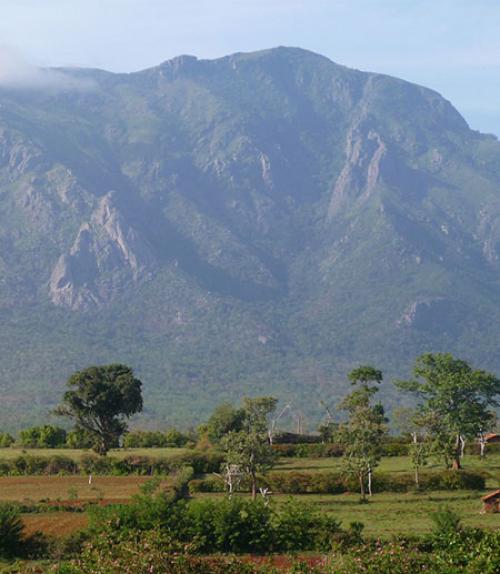