People have long considered cities a major source of environmental problems. Reformers from the late 19th century onward began addressing industrialization, overcrowding, and public health as specifically urban issues, and they turned to government regulation to intervene in the built environment to ensure the health, safety and wellbeing of city residents.

Today our environmental problems are more diffuse and multi-faceted in nature. Pollution, wealth inequality, and greenhouse gas emissions often can’t be traced back to specific cities. Moreover, its often unclear what effect individual cities can have on complex issues like climate change.

So we need to ask whether cities are still the appropriate scale at which to address our common problems. Can changing or re-designing our cities have an impact on global environmental problems? Are the issues we face really urban problems, or do cities simply cluster resource use and problems in ways that are especially visible?

Cities certainly face challenges when it comes to addressing global environmental problems. Local governments tend to be more focused on job creation and economic growth than climate change, and most environmental issues cross borders: local waste often gets exported elsewhere, and commuters who leave the city increase its energy footprint.

Cities also tend to highlight and even exacerbate inequalities. In wealthy countries cities may be cleaner, but they consume more resources per capita than cities in poorer regions: If smog levels are falling but greenhouse gas production is rising, is that city really becoming more sustainable?

However, there is evidence that the built or physical environment can shape our behavior and decision making. Choices that have environmental impacts, such as where and how we live or how we get around, may be less a function of who we are than where we are. That is, place urgently matters. And cities are especially well equipped to influence individual behavior and promote good environmental choices.

Most importantly, cities concentrate people, infrastructure and resources in a way that makes efficient use of them. For example, if a city doubles in size, the number of gas stations or amount of electricity it requires does not double.  In short, bigger cities are more efficient. By concentrating population and more efficiently using land, cities also decrease human encroachment on natural habitats, farmland, and wild areas.

The higher population density of cities also produce additional benefits. Denser settlement patterns yield energy savings; for example, apartment buildings are more efficient to heat and cool than detached suburban houses. It turns out that urban households emit less carbon dioxide than their suburban and rural counterparts. And although larger cities do produce more emissions, as their population and economy grows, the rate of growth of their emissions actually declines.

Cities also matter because they are sites of political will. We have seen frustrating inaction at the national and international levels, leading many cities to “act locally.” When President Trump recently pulled out of the Paris agreement, it was city mayors around the nation who redoubled their commitments to reducing greenhouse gas emissions.

We are used to associating the environment with wilderness and untouched nature. We think of climate change through the lens of international agreements and arctic warming. However, it’s often more mundane decisions about where we live and work and how we choose to get around that have the most significant individual impact on global environmental problems. And that means that the ways we design and build our cities are more important now than ever. 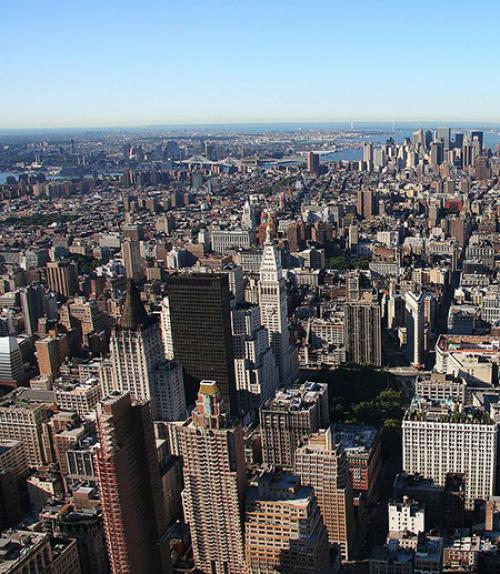