Maya Durham: 'Get involved in the community.'

What accomplishments/activities are you most proud of while at Cornell?

I'm proud to have been able to complete my first short film here during my sophomore year. I really had to be resourceful in putting together a skeleton crew, assembling what equipment I could, and making a shooting schedule work around classes. Cornell students and Ithaca residents came together to help me make this film and that is an accomplishment I will always cherish and be proud of.

What, if any, research projects did you participate in at Cornell?

As a Mellon Mays fellow, I've been working on a research project centered around the question of student activism, more specifically the relationship that institutions have with Black student activists. I've been trying to answer the question of why was the Willard Straight takeover able to happen in 1969 and what about Cornell as an institution has changed in ways that make large actions like this impossible for students to carry out today.

How did any of your beliefs or interests change during your time at Cornell?

I became a lot angrier and a lot more radical while at Cornell, which is definitely a good thing. The polite complacency of the Ivy League can be stifling, and I think at a certain point you either fall in line or break. I'm not sure when exactly my break was, but after it I can say for sure that I am much more vocal about issues such as white supremacy, misogyny, capitalism, etc. than I was as a Freshman who really only had vague understandings of these injustices, the structures behind them, and how to fight against them.

What do you value about your liberal arts education?

I love that at a university like Cornell there is a class about literally anything you could ever want to learn. At first, I was a bit wary about the English major because I worried I would learn about dead white guys for four years. Despite the pre-1800 requirement, that absolutely hasn't been the case, and because of the wide variety of opportunities and classes at Cornell I've been able to tailor my education to my own interests and build a knowledge of Black artists and writers who, like myself, use their work to fight fight FIGHT against the world around them.

If you were to offer advice to an incoming first year student, what would you say?

Get involved in the community. There are amazing activists and artists right downtown that many Cornell students never interact with. Don't get trapped in the bubble; go downtown, organize, build community. There are so many learning opportunities for you here outside of class and you have got to take advantage of them. 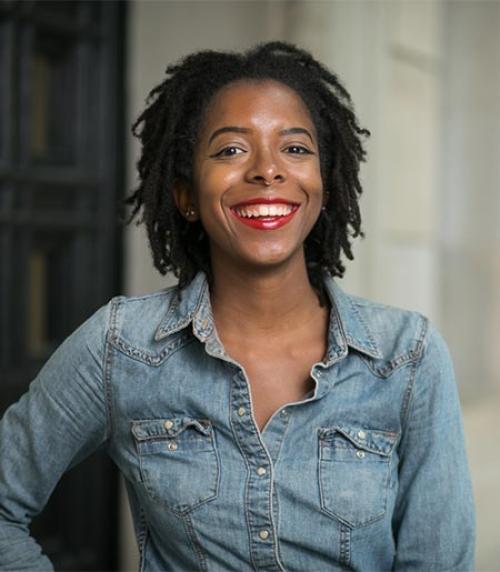