In “Land Grab Universities,” the 2022 Daniel W. Kops Freedom of the Press Lecture, journalist Tristan Ahtone, a member of the Kiowa tribe, and historian Robert Lee will talk about how Indigenous land expropriated by the 1862 Morrill Act is the foundation of the land-grant university system.

The lecture, which will expand on their 2020 investigative reporting in High Country News, will take place Sept. 13 at 5:15 p.m. in the Wing Lecture Room, Herbert F. Johnson Museum of Art. A ticket is required to attend in person, one ticket per request. The lecture will also be livestreamed by eCornell.

“The American Studies program is honored to host Tristan Ahtone and Robert Lee as the Kops Freedom of the Press lecturers,” said Shirley Samuels, director of the American Studies Program and professor of literatures in English in the College of Arts and Sciences. “Their investigation into the origins of American land grant universities continues to spark self-examination and action at land grant institutions. By inviting them to Cornell, we welcome a serious discussion of the history of relations between Indigenous communities and settlers, and between land and higher education.”

Tristan Ahtone is a member of the Kiowa Tribe and is Editor at Large at Grist. He previously served as editor-in-chief at the Texas Observer and Indigenous affairs editor at High Country News. He has reported for Al Jazeera America, PBS NewsHour National Native News, NPR and National Geographic.

Robert Lee, assistant professor of history at the University of Cambridge, is a historian of the United States focused on Indigenous dispossession and U.S. state formation in the 19th century American west.

Ahtone and Lee co-authored the March 30, 2020 investigation “Land-grab universities” in High Country News, piecing together how the United States used nearly 11 million acres of Indigenous territory taken from almost 250 tribes, bands and communities to launch the land grant university system in 1862. The act redistributed an area larger than Massachusetts and Connecticut combined, Ahone and Lee reported.

Daniel Kops ’39, former editor-in-chief of the Cornell Daily Sun, established the Daniel W. Kops Freedom of the Press Program in 1990. Each year the program brings a distinguished speaker to campus through the American Studies program. The 2021 lecture featured Nikole Hannah-Jones, the Pulitzer Prize-winning creator of the 1619 Project and a staff writer at The New York Times Magazine. Other past speakers include Ta-Nehisi Coates, Amjad Atallah, April Ryan, Frank Rich, Gail Collins, Nadine Strossen, Jeremy Scahill and Dave Zirin. 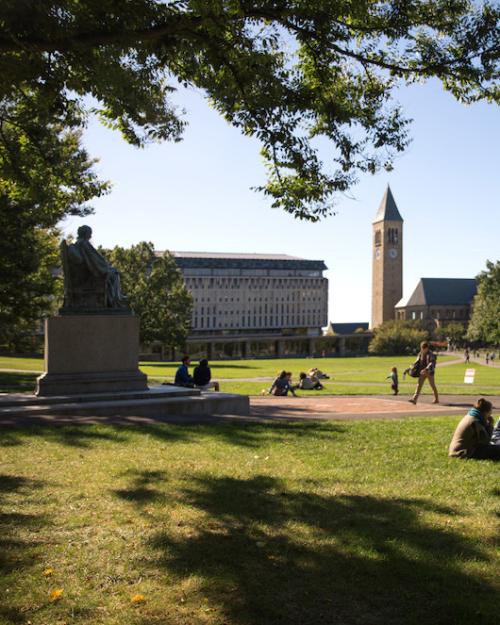 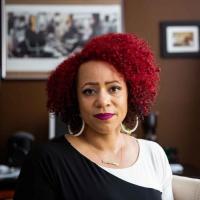 Creator of 1619 Project to give Kops Lecture