Zahid Rafiq worked for 10 years as a journalist in the Indian-held Kashmir, a region that has been seeking independence for several decades and has been a site of repression and violence.

Now a graduate student in Cornell’s Creative Writing Program, he’s still writing stories, but in a new place – Ithaca – and with a new purpose: finding the language to write about war in a meaningful way.

“In journalism in a war, the focus is eventually on numbers,” Rafiq, MFA ’21, says. “One body, two bodies. But in my fiction, the whole point is to focus on the human being. To ask, what it means to live, to die, what it means to waver in between?”

This semester, Rafiq is completing his thesis project, a collection of short stories about everyday life amid war, set in Kashmir. Fiction faculty members Helena María Viramontes and Emily Fridlund are engaging with his work with a willingness, he says, “to understand where I want to go, rather than where they want to go.”

“This program is a kind of sanctuary,” Rafiq says. “It is a moment of respite when you get a space to write with a little bubble of safety around you.”

Giving language to the moment

Succeeding as a creative writer is hard. Publishers accept only 1% to 2% of submitted novels, and getting a teaching position at the college level can have similar odds. Just getting into a graduate writing program poses a challenge; Cornell’s Creative Writing Program, in the College of Arts and Sciences, accepts only eight graduate students a year out of the hundreds that apply. 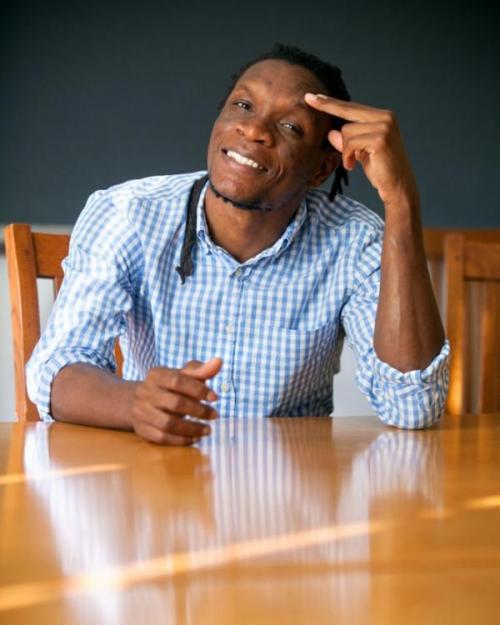 But for those students who make it in, the graduate writing program gives promising fiction writers and poets the time, space and mentoring they need to find their voices, develop their art and produce important work at a time when the world needs insight from artistic voices.

“Creative writers have always given language to a moment that helps to deepen the ways of thinking through it,” says Ishion Hutchinson, associate professor of Literatures in English and director of the Creative Writing Program. “It helps to clarify and to move us beyond sound bites and language that is reductive. Creative writers complicate and push forward the ways in which we talk about our historical moment.”

Established in 1967, the Creative Writing Program is known nationally and internationally for its highly regarded and diverse faculty; intimate size; and postgraduate teaching fellowships. With a recognizable influence on contemporary literature, the sought-after graduate program is now at the forefront of developing today’s young writers into tomorrow’s leading poetic and fictional voices. Graduates follow in the footsteps of the program’s Pulitzer Prize and National Book Award winners, best-selling authors and influential faculty.

Only four students are admitted in each genre – poetry and fiction – each year. Students complete two years of master’s of fine arts (MFA) work, taking workshops and other classes as they write a creative thesis. During the first year each student also works as an editorial assistant at Cornell’s renowned magazine, Epoch. During the second, students are teaching assistants in undergraduate writing courses.

After completing the MFA, students are awarded a summer fellowship fully funded through the David L. Picket Summer Graduate Stipends in Creative Writing. This supported time allows them to focus on writing and thesis completion. Once finalized, students have the opportunity to stay on for two years as lecturers in creative writing. Both opportunities are a rarity in MFA programs.

“That aspect of the program prepares students for careers in writing, including  becoming professors,” Hutchinson says. “They gain experience in teaching, which is invaluable because the job market is extremely competitive.”

For Michael Prior, MFA ’17, the program’s dual focus on writing and teaching paid off. During his 2018-2019 Picket Fellowship, he revised his MFA thesis, a book of poems exploring intergenerational trauma related to World War II internment camps for people of Japanese descent. 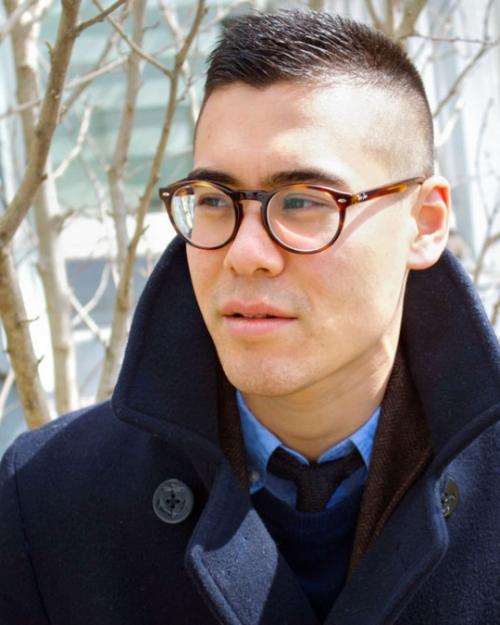 “My maternal grandparents and their families had their possessions and property stripped and were put into a camp for the war,” Prior says. “The book also explores being biracial.”

He published his book “Burning Province,” in 2020 with Random House, and got multiple teaching offers. He is now a professor teaching creative writing at Macalester College in Minneapolis.

“The creative writing industry is very hard to get a job in,” Prior says. “The experiences at Cornell – teaching and working with faculty and having that extra fellowship – were a huge help on my resume when I was applying.”

The small size of the program allows faculty to grow particularly attentive toward each student’s journey, says poet Valzhyna Mort, assistant professor of Literatures in English. “We say, ‘We are here with you. You have a devoted readership.’ This is what any poet hopes for, to find at least one really curious, empathetic and deep reader. All of us are that for our students during these years.”

“The greatest thing about this program is the intimacy of it because there are so few of us,” says India Sada Hackle, MFA ’22, a first-year poet from Cincinnati, Ohio. “We’re never a number.” 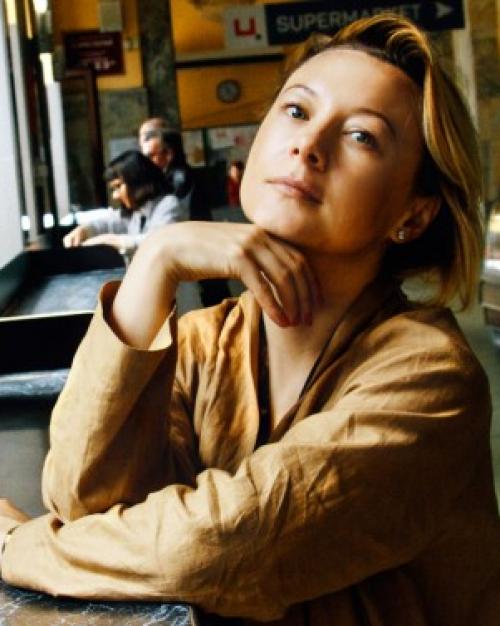 In addition, Cornell funds every graduate student in creative writing fully and equally.

“A lot of programs have hierarchical funding,” Prior says. “You can be sitting at a workshop table and someone across from you is getting double what you’re getting, based on how the faculty feels about them. I think that breeds unnecessary competition, which is not, ultimately, conducive to a good community or developing writers.”

The faculty’s reputation drives the program.

“My colleagues are spectacular writers and poets who have unique voices,” Hutchinson says. “You can’t find this kind of writing anywhere else, and I think that’s what excites students to apply.”

Fiction professor Ernesto Quiñonez is a frequent storyteller on The Moth, and Harper’s magazine published Hutchinson’s poem “Little Music” in January. His poem “After the Hurricane” appears in the important 2020 anthology “African American Poetry: 250 Years of Struggle and Song” – lending its title to a major section of the anthology. 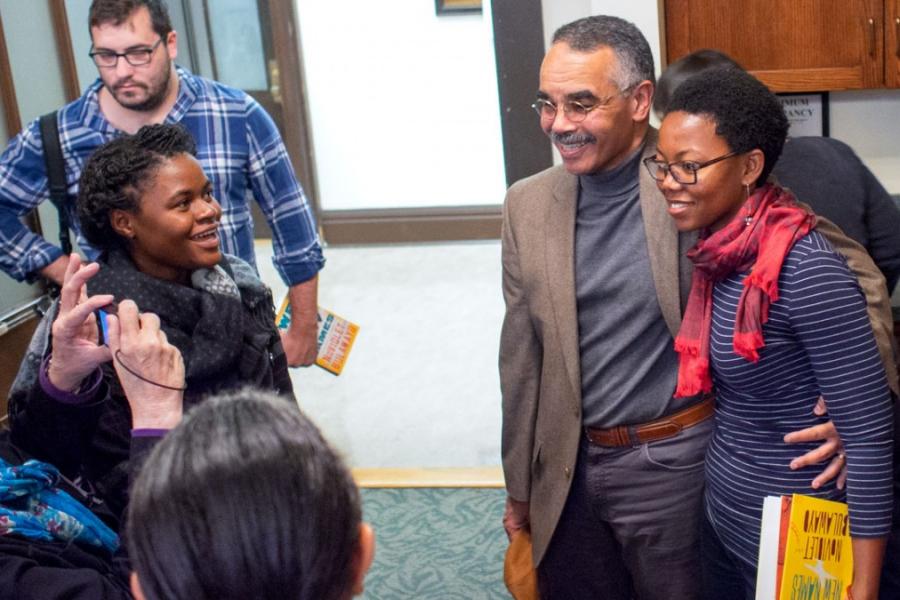 With this publishing prominence, the writing program has “affected literary trends” in ways other schools have not, says Viramontes. This extends to alumni of the program, she says, including National Book Award winner Susan Choi, MFA ’95; Pulitzer Prize winner Junot Diaz, MFA ’95; Téa Obrect, MFA ’09, winner of the Orange Prize for Fiction ; 2018 Kirkus Prize winner Ling Ma, MFA ’95; and NoViolet Bulawayo, MFA ’10, whose novel “We Need New Names” was shortlisted for the 2013 Man Booker Prize.

An emphasis on diversity has taken root and grown in the program since Viramontes arrived in the 1990s, she says; that contrasts with her own experience of struggling as an MFA student in California when classmates “were not open” to her writing about Latino characters.

“Here at Cornell there was an effort to always have some diversity,” says Viramontes, Distinguished Professor of Arts and Sciences in English. “I’m happy to say it was faculty members who worked toward pushing marginalized voices into the center. Because we have a diversity of faculty, we have a diversity of graduate students.”

The attention to diversity among faculty and the student body, Prior says, made a lasting impact on his writing.

“When I was going through the program, there were more poets of color than white poets,” Prior says. “One of the things we’re always trying to do as writers is to figure out our own personal canon, our own artistic lineage. The pressure for a writer of color is navigating multiple lineages at once. My professors, like Ishion Hutchinson, like Alice Fulton, like Helena María Viramontes, were helpful and suggested possible directions for the work. I wouldn’t have the book without them.”

Freedom in the creativity space

The faculty support, the funding, the teaching experience, and the time in which to write do not guarantee literary success – or make the art any easier, current students say. But these aspects do open opportunities.

“Writing is a hard job,” says Rafiq, “but this is a nice place to take a breath. The challenges that are, are far less than they are in the world.” 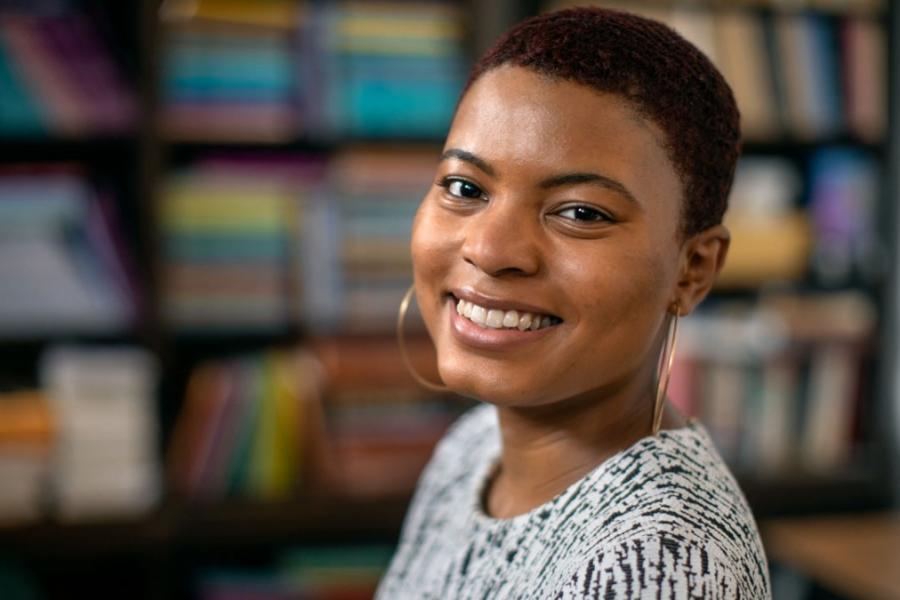 Hackle says the time and space she now has as a student in the creative writing program translate into freedom.

Hutchinson says the students who enter the writing program already have within themselves the instinct to become writers.

“We sharpen it to the best of our capacity,” he says. “At the end of four years, they leave more confident and ready for a long career in writing.”

Reading by Carolyn Forché covered in 'The Sun'

'I fell in love with books again'