Bonding within teams -- or families or couples, even -- is a popular and important topic.

"Social glue" is the phrase that researchers have often used to describe this bonding. What are some of the kinds of glue that help teams, families, or couples to stick together and do well?

Different contexts call for different kinds of glue and researchers have investigated many of them. A study of firefighters eating together as co-workers in the firehouse found that firefighter teams who ate more often with each other tended to have higher performance ratings. An experimental economics study found that people interacting with happy music playing in the background tended to cooperate more.

Love, though, is a more specific mechanism -- or glue -- and it often involves some form of physical attraction. How do the groups with which we’re bonded influence that physical attractiveness? In my research, I’ve found that the degree to which people find others physically attractive seems to be related to how strongly those people contribute to their shared groups. The more they contribute, they more physically attractive they tend to be considered.

This is surprising against the backdrop of more typical research on physical attractiveness. Such research usually ignores the relevance of social context. It focuses instead on conventional traits of beauty, such as facial symmetry -- people with symmetrical faces tend to be considered more attractive -- and various traits that are associated with being relatively young rather than relatively old, like lip dimensions.

These studies are usually based on strangers rating strangers. Based on such studies, many economists and psychologists report that people who display conventional traits of beauty tend to have more success in life.

The problem with those studies, though, is that we don't usually spend all our days only interacting with strangers. Since the lion's share of those studies are based on strangers' ratings of strangers, that should give us pause for generalizing those findings to actual lived experiences.

A few years ago I and my collaborator David Sloan Wilson did some research on this topic. We looked at the ways in which people who are familiar to each other view each others' attractiveness. Our results were different from studies where strangers rate strangers!

It seems that one of the quiet characteristics of well-functioning groups is a tendency for group members to look favorably on other group members who are solid contributors. This tendency is one of the many types of “social glue” which helps teams and groups function well. It’s likely that rewarding good group members by having others in the group perceive them more favorably than they otherwise would has an evolutionary explanation. It could help explain why it’s worth the evolutionary cost to be a solid contributor to one's group rather than just out for one’s self.

There’s a lesson here for anyone looking for someone or some group or some team to bond with. In the conclusion of our paper for the journal Evolution and Human Behavior we offered our results in the form of a beauty tip: “If you want to enhance your physical attractiveness, become a valuable social partner." Being good, it turns out, really can pay off. 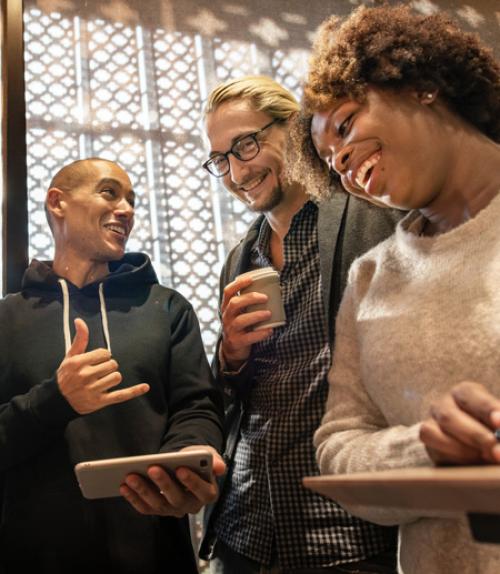