Tyler Hill couldn’t find a children’s book about Native American kids who play lacrosse to read to his three children at bedtime. So he wrote one himself.

“Wormburner” follows the story of Canoe, a 10-year-old Native American boy whose life revolves around lacrosse. The title comes from a type of fast, targeted lacrosse shot in which the ball whips just above the ground’s surface.

“I wanted something that I could read to my own kids – something they would identify with and be proud to hear,” Hill said. A member of the Mohawk Nation, Hill has also written about Native Americans and lacrosse in short movie scripts; a nonfiction book about the sport is in the works.

Hill, who lives in North Syracuse, New York, and grew up nearby on the Onondaga Nation, is one of 14 authors from upstate New York participating in the Oñgwaga•ä’ Writers Workshop; “Oñgwaga•ä’” is Haudenosaunee for “our story.” Cornell’s Center for Cultural Humility is running the free virtual weekly workshop sessions through Oct. 24, to highlight the work of Native American writers and help them cultivate the skills to enhance and disseminate their projects. Each of the seven sessions is taught by Cornell staff, faculty members and graduate students, most in the Department of Literatures in English in the College of Arts and Sciences.

Topics range from imagery and writing exercises to poetry, memoir and the publishing process. In the first session, Joanie Mackowski, associate professor of literatures in English (A&S), asked the authors to describe a scene without using descriptive words.

“That really opened things up for me,” said Hill, who transformed a dream about a beam of light in outer space into a poem. “Those things that you would never create without the help of the professors – I love that.”

In a recent session, Ernesto Quiñonez, associate professor of literatures in English (A&S), encouraged the students to “steal” from archetypal plots and characters and put their own literary fingerprints on them. Writers have always done that, he said, citing numerous movies, novels and poems.

For example: The plot of “Wuthering Heights” also appears in “The Great Gatsby,” which in turn was inspired by Petronius’ “Satyricon.” And Vladimir Nabokov, who was a professor of Russian literature at Cornell from 1948-59, drew closely from Edgar Allan Poe’s poem “Annabel Lee” to create the title character of his 1955 novel, “Lolita,” Quiñonez said.

“When does stealing characters and plots go over the line of copyright infringement?” a participant asked.

“A lot of these plots are archetypes, so it’s very hard to say ‘Oh, that’s [F. Scott] Fitzgerald’s plot’ – boy meets girl, boy loses girl because he’s poor, boy makes a fortune and wins the girl,” Quiñonez replied. “It [the plot] also happens in ‘Love in the Time of Cholera.’ It’s all over the place.”

Writers try to get readers interested in their characters, Quiñonez added. “And the more that we put of ourselves in these characters, the more interesting, I believe, they will be.”

Katherine Zaslavsky, a doctoral candidate in the graduate field of sociology, is acting as a mentor to the participants. The writers are extremely talented, she said, both in conceptualizing their work and crafting it in their voices. “I do what I can to create an environment that allows them the freedom and resources to do what they do best: write what calls to them.”

The workshop was co-created by Michelle Cronin, an author of children’s books from Nedrow, New York, and the Center for Cultural Humility team. The collaboration began when Jerel Ezell, director of the center and assistant professor of sociology in medicine at Weill Cornell Medicine, approached her about collaborating on the center’s programming.

“When I was in school, it was practically impossible for me to find books written by Native authors. And sadly, that has not changed too much,” said Cronin, who is a member of the Onondaga Nation Turtle Clan. “So that was a main goal of mine in starting this workshop: to encourage other Native voices, share our stories, our experience, our knowledge.”

The workshop focuses on bringing communities to Cornell, instead of sending academics into communities, while implementing the center’s core tenets of cultural responsiveness and cultural humility, said Natalie Gosnell ’23, a biological sciences major in the College of Agriculture and Life Sciences and the center’s community outreach coordinator. “We want to increase the representation of Indigenous authors, further promoting cultural responsiveness on a larger scale,” she said. “By co-creating environments in which both Indigenous writing participants and Cornell facilitators collaborate, we encourage dialogues that lead to deeper understandings within and across different cultures.”

Cronin is currently writing three children’s books. In one, adults repeatedly tell a Native American girl she “doesn’t look Native American;” even so, eventually she finds beauty in her unique appearance. A second book describes the Great Law of Peace, the oral constitution of the Iroquois Confederacy, and the importance it places on treating others with caring, respect, unity and fairness. The third tells the story of how lacrosse became a symbol of sovereignty for the Haudenosaunee Nation.

“We all know what stories do: They’re windows and mirrors,” Cronin said. “They allow us to see people, cultures, places that we would possibly never see. That’s an amazing thing. And the mirror – it’s so important for everyone to see themselves in stories.”

As a participant, she says she has appreciated the workshop as a forum for the exchange of ideas. Bwesigye Bwa Mwesigire, a doctoral candidate in the field of literatures in English, taught the participants about Ugandan writers who incorporate the natural world in their work and how writing about nature can set the tone for a story. “The natural world is so important to us as Native people,” Cronin said. “It was enlightening to see another culture that had that connection to the natural world.

Through the workshop, “we are connecting, we’re seeing our similarities. We’re understanding our differences,” she said. “But in the end, I always feel writing allows us to see our shared humanity.” 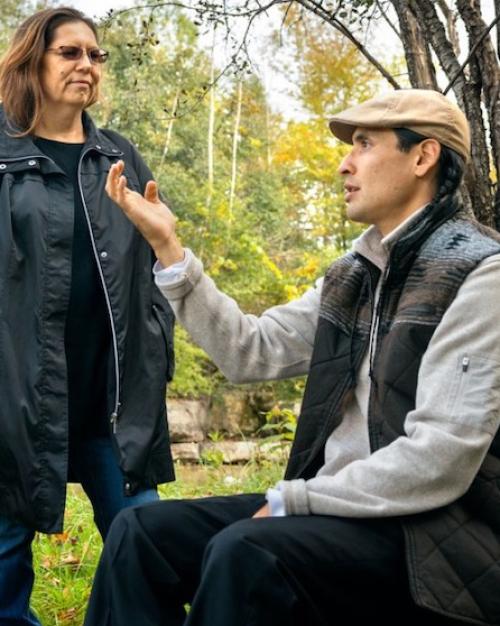 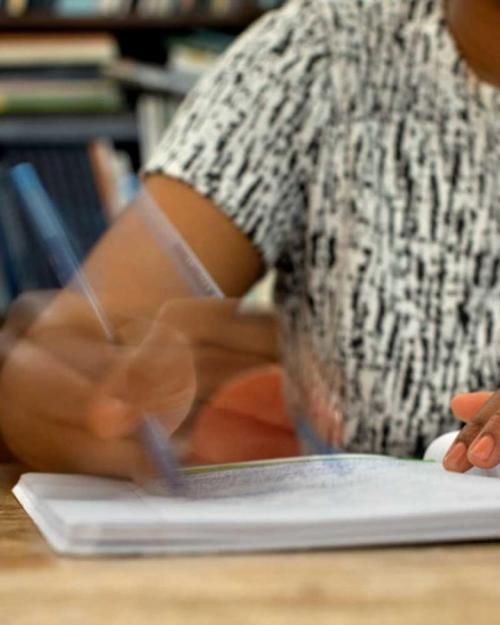 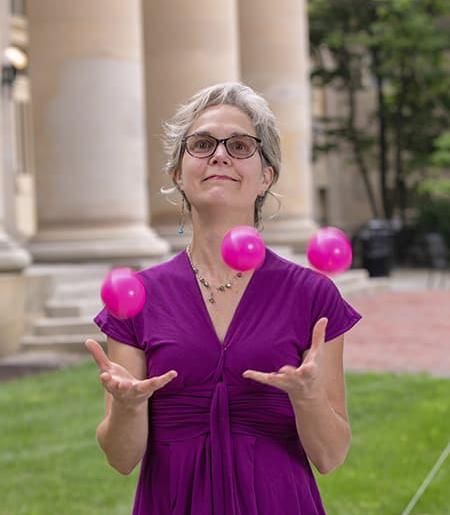 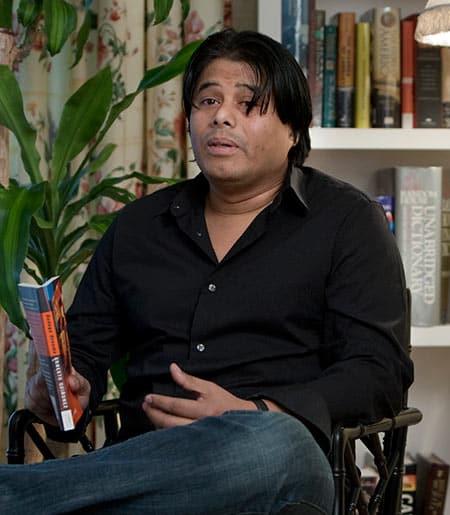