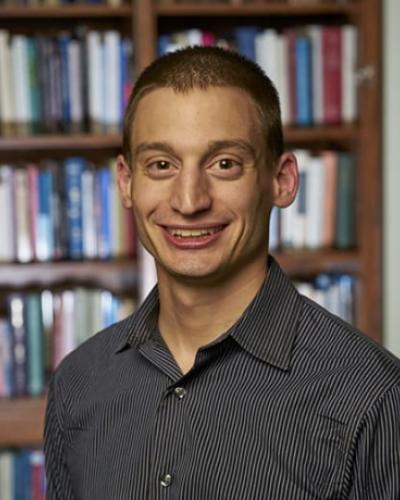 Jesse A. Goldberg works in the interdisciplinary fields of Black studies and American studies with a grounding in African American literature and performance from the nineteenth century to the present. He recently defended his dissertation, The Excessive Present of Abolition: The Afterlife of Slavery in Law, Literature, and Performance, and will be Visiting Assistant Professor of English at Longwood University for the 2018-2019 academic year.

He is currently revising his dissertation into his first book, Abolition Time: Slavery’s Afterlife and the Excessive Present in Law, Literature, and Performance. The project argues that a temporality of an “excessive present” which collapses past, present, and future into the moment of the now enacts possibilities for thinking and practicing a politics of abolition that reaches towards both abstract concepts of freedom and concrete visions such as the end of prisons. The political and cultural aim of the dissertation is grounded in literary texts that span historical periods – including plays by William Wells Brown, Pauline Hopkins, Angelina Weld Grimke, and Suzan-Lori Parks; poetry by M. NourbeSe Philip and David Dabydeen; and novels by Toni Morrison, Sutton Griggs, Shirley Anne Williams, and Fred D’Aguiar. Ultimately these texts which cross temporal, national, and generic boundaries act against the reasoned temporality of law to open up interpretive spaces where the long history and multitudinous meanings of abolition unfold and linger after the moment of reading.

He has published essays in MELUS and CLA Journal as well as the volume Toni Morrison on Mothers and Motherhood (Demeter Press, July 2017), and has work forthcoming in Callaloo (summer/fall 2018), Infrastructures of African American Print (University of Wisconsin Press, spring 2019), and Public Culture (spring 2019). His book reviews can be found in Callaloo and The Journal of Black Studies. As a teacher, he has offered courses in the English department and the American Studies Program at Cornell including “Race, Law, and the Black Lives Matter Movement,” “The Legal Life of American Racism,” “Black Plays & Performance,” and “Great New Books.” Through the Cornell Prison Education Program he has taught “Freshman English I: Writing with/against Other Voices,” “World Literature I: Drama, Theater, & Performance,” “American Drama & Theater,” and academic writing workshops in prisons surrounding the Ithaca and Tompkins County area.