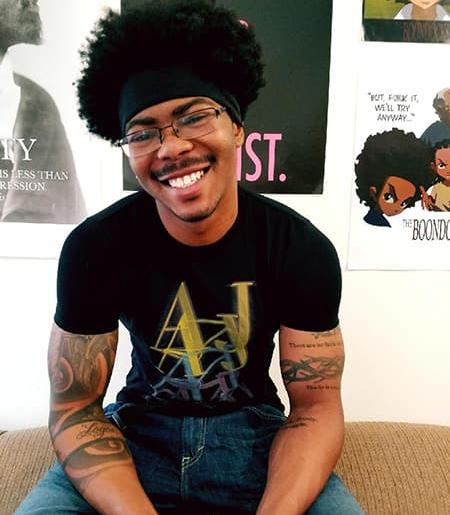 Marquis Bey is a Ford Foundation Dissertation Fellow and PhD candidate in the English department at Cornell University. His work, broadly speaking, concerns Black Feminist Theorizing, Transgender Studies, Critical Theory, and Contemporary African American Literature. More specifically, he thinks and writes about Black feminist critiques of gender; fugitivity and its relation to Blackness; and trans theory as a mode of disrupting hegemonic gender, particularly as it relates to feminist Blackness. He is completing his dissertation, entitled "The Blacknesses of Blackness: Fugitivity, Feminism, and Transness," in which he thinks through a radical recalibration of Blackness-as-fugitivity as inflected with and by Black radical feminism and transgender epistemologies. His academic work on Blackness, transgender subjectivity, and feminist critique has appeared, or is forthcoming, in academic journals such as The Black Scholar, Souls, CR: the New Centennial Review, Black Camera, Transgender Studies Quarterly, Palimpsest, and others.

As well, he has collection of creative nonfiction and personal essays forthcoming with University of Arizona Press in 2019. The essay collection, Them Goon Rules: Fugitive Essays on Radical Black Feminism, offers accounts of how Blackness, transness, queerness, and feminism might all be understood as political identities, as, in other words, fugitive subjectivities that bring about alternative relations to others and the world.