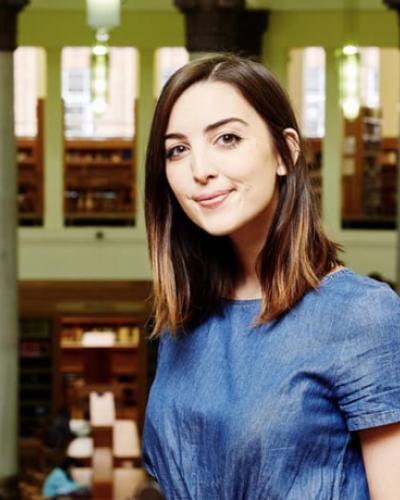 Rebecca Macklin is a PhD Candidate in Comparative Literature at the University of Leeds and 2017-18 Fulbright Visiting Student Researcher at Cornell University. Situated within the English Department, she is supervised by Professor Eric Cheyfitz and is affiliated with the American Indian and Indigenous Studies Program. Her research draws together Indigenous, postcolonial and world literature discourses, to comparatively explore transnational engagements with globalization and literary articulations of decolonial resistance.  Rebecca's PhD thesis focuses on contemporary Native American and South African fiction, including texts by Louise Erdrich, Thomas King, Leslie Marmon Silko, Zakes Mda, and K Sello Duiker. An alumnus from the universities of Leeds and Lancaster, her writing has appeared in publications including the journal Native American and Indigenous Studies and Wasafiri. She is currently guest editing a special issue of Transmotion on 'Native American Narratives in a Global Context: Comparative and Transnational Perspectives', due for publication in 2019.

Prior to her PhD, Rebecca worked in academic publishing, working with branches of the United Nations as an editor of sustainable development publications. She is a Board Trustee for the Bishop Simeon Trust and has a pervading interest in the role of participatory arts in international development contexts, having led youth empowerment workshops in South Africa.