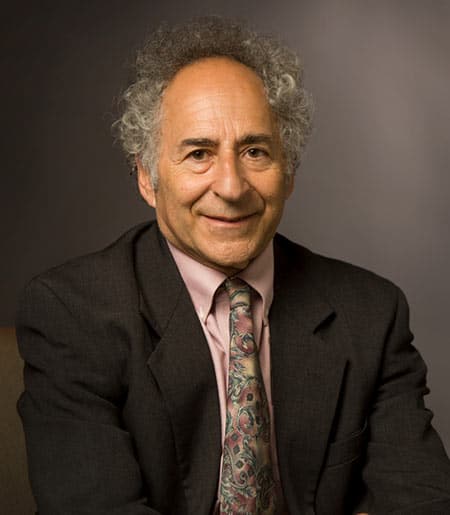 Daniel R. Schwarz is Frederic J. Whiton Professor of English Literature and Stephen H. Weiss Presidential Fellow at Cornell University, where he has taught since 1968. In 1998 he received Cornell's College of Arts and Sciences Russell award for distinguished teaching, and the Weiss title also speaks to his teaching prowess.

Professor Schwarz discusses his research and teaching philosophy in the 2010 Fall issue of English at Cornell.

He is the author of Endtimes? Crisis and Turmoil and at the New York Times  (2012) which in 2014 was published in a new updated paperback edition. In Sept. 2014,  Reading the European Novel to 1900 will appear. He also writes on both Higher Education and the media for the the Huffington Post. In recent years he published In Defense of Reading: Teaching Literature in the Twenty-First Century (2008) in the prestigious Blackwell Manifesto series. His books include Reading the Modern British and Irish Novel, 1890-1930 (2004), Broadway Boogie Woogie: Damon Runyon and the Making of New York City Culture (2003), Imagining the Holocaust (1999), Rereading Conrad (2001), Reconfiguring Modernism: Explorations in the Relationship Between Modern Art and Modern Literature  (1997), Narrative and Representation in Wallace Stevens (1993)--a Choice selection for best academic book of 1993; The Case for a Humanistic Poetics (1991), The Transformation of the English Novel, 1890-1930 (1989; revised 1995), Reading Joyce's "Ulysses" (2004; orig. ed 1987); The Humanistic Heritage: Critical Theories of the English Novel from James to Hillis Miller (1986); Conrad: The Later Fiction (1982); Conrad: "Almayer's Folly"  through "Under Western Eyes" (1980); and Disraeli's Fiction (1979).

He has edited Joyce's The Dead (1994) and Conrad's The Secret Sharer (1997) in the Bedford Case Studies in Contemporary Criticism Series, and co-editor of Narrative and Culture (1994). He has also edited the Penguin Damon Runyon (2008). He served as consulting editor of the six-volume edition of The Early Novels of Benjamin Disraeli (2004) for which he wrote the General Introduction. He is General Editor of the multi-volume critical series Reading the Novel for which he wrote Reading the Modern British and Irish Novel, 1890-1930 (2004) and is now writing Reading the European Novel, a two volume critical study of major works from Cervantes' Don Quixote to di Lampedusa's The Leopard (under contract with Wiley-Blackwell). The first volume on the European novel will include, among others, works by Cervantes, Tolstoy, Dostoevsky, Flaubert, Balzac, Stendhal, Zola. The second volume on the European novel since 1900 will include Proust, Mann, Camus, Kafka, di Lampedusa, Bassani, Kertesz, Pamuk, and Saramago.

Schwarz has directed nine NEH seminars, and has lectured widely in the United States and abroad, including a number of lecture tours under the auspices of the academic programs of the USIS and State Department.   He has held three endowed visiting professorships.  He also has published about 90 poems, some of which are available on his web page http://courses.cit.cornell.edu/drs6/ and a little fiction.

Schwarz is Faculty President of the Cornell chapter of Phi Beta Kappa as well as the longtime Faculty Advisor to the English Club and the Men's Varsity Tennis Team. He is active in the Presidential Research and College Scholar programs.

His former graduate students and NEH participants have put together a festschrift in his honor entitled Reading Texts, Reading Lives: Essays in the Tradition of Humanistic Cultural Criticism in Honor of Daniel R. Schwarz, ed Helen Maxson and Dan Morris, co-published by University of Delaware Press and Rowman and Littlefield (2012).

Schwarz's interests include travel (and writing about travel), art museums, theatre, and sports, especially swimming and playing tennis.   His two sons are Cornell graduates:  David '89, varsity men's tennis coach at Brown after ten years at Middlebury where he coached his team to two Division Three National Team Championships and Jeffrey '94, currently working in Boston as a Senior Associate Product Manager in the mutual fund industry.  Schwarz is married to Marcia Jacobson, a retired scholar who held the Hargis Professorship in American Literature at Auburn University.