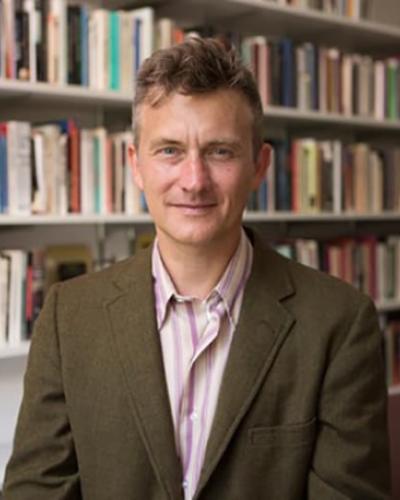 Jeremy Braddock specializes in the production and reception of literary modernism in the United States, with further interests in media studies and African American literature. His scholarly writing has focused on the collective and institutional forms of twentieth-century authorship that are obscured by the figure of the individual artist.  His book Collecting as Modernist Practice (Johns Hopkins 2012) studies the way anthologists, art collectors, and archivists broadly competed over the form of modernism's anticipated institutionalization in American museums and in the academy.  Collecting as Modernist Practice was awarded the 2013 Modernist Studies Association book prize and was a Choice Outstanding Academic Title.  He is also co-editor, with Jonathan P. Eburne, of Paris, Capital of the Black Atlantic (Johns Hopkins 2013), and with Stephen Hock co-edited Directed by Allen Smithee (Minnesota 2001).  He was a faculty fellow at the Stanford Humanities Center (2007-8) and will be a faculty fellow at the Cornell University Society for the Humanities in 2017-18.  He is working on two projects:  a book-length project on The Firesign Theatre; and a study of libraries, archives, and information during the Second World War.